Company co-founders will bring their production, distribution and marketing experience to G.O.D. OS - The Quantum Genesis

BURBANK, CA - Industry veterans and Imagilore Entertainment co-founders Stanlei Bellan and Iris Lee have joined the development and production team of G.O.D. OS - The Quantum Genesis, as Renegade Lens Pictures works towards finalizing funding for the project and refining its marketing and distribution strategies. 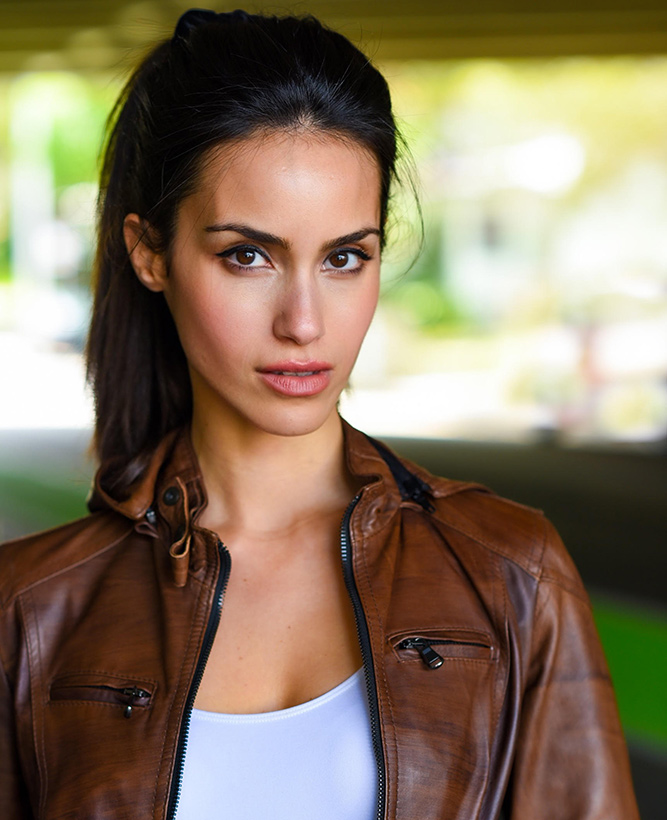 BURBANK, CA - Renegade Lens Pictures has secured the attachment of motion picture/television star Shiva Negar for the upcoming sci-fi, film, G.O.D. OS – The Quantum Genesis. She will play the role of Ginni Peña – a devoted wife and mother whose consciousness is resurrected via a new quantum technology that results in unexpected and deadly consequences. 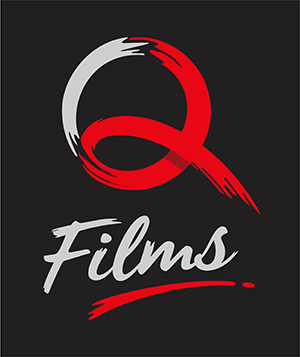 An Extraordinary Indie Project to be Presented at the 2019 AFM

The project’s screenplay has recently generated FIVE RECOMMEND for PRODUCTION ratings in coverage reports from SEPARATE veteran studio readers/analysts. The full reports are available upon request.

LOGLINE: As a new quantum AI clones the consciousness of the deceased, its self-awareness becomes weaponized into an apocalyptic nightmare. 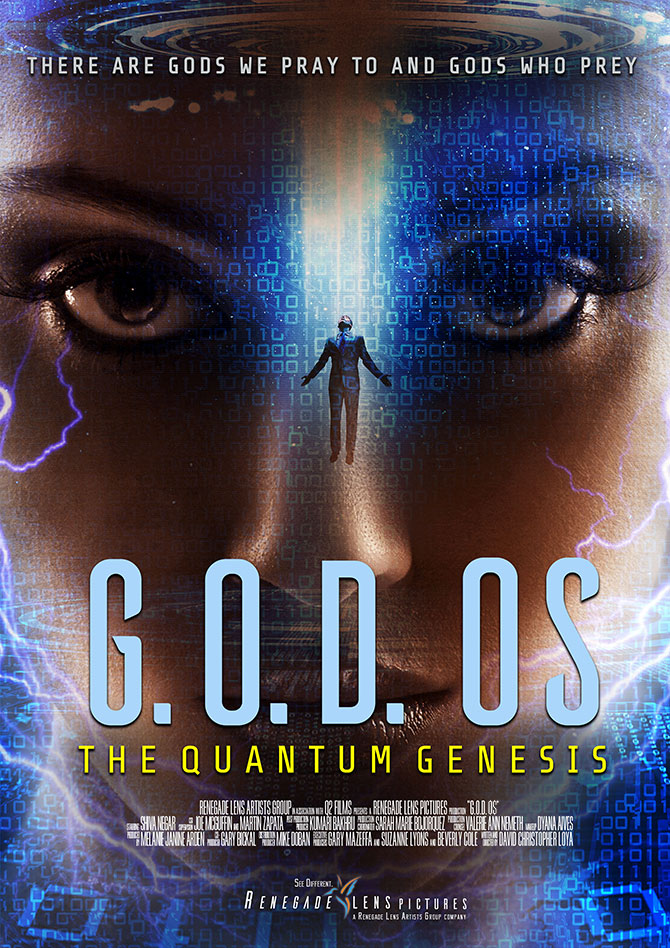 The film is the new G.O.D. OS - The Quantum Genesis. To review our detailed business plan and PPM, contact David Christopher Loya - .

The American Film Market Conference (AFM), beginning this week in Santa Monica, California, is the largest, annual, independent-film market conference in the United States. It’s also regarded as one of the world’s premier events for international indie film distribution, sales and financing.

Renegade Lens Pictures is proud to be presenting its updated development slate at AFM beginning on Saturday November 3rd. While at AFM we will also be working with a powerful new addition to our executive team. Former Disney executive Ms. Beverly Cole, MBA, J.D. - an accomplished veteran in banking, finance and investment - is our new Executive Producer for Business Affairs and Film Finance.

Beverly will be accompanying us on our meetings with financier and funding sources. She will play a pivotal role in our discussions and negotiations. We encourage you to read about Beverly’s impressive background here.

Meanwhile, our former Senior Producer, Melanie Arden, is now also leading the development of original content for Renegade Lens. With the enhanced responsibility comes a new title that reflects her expanded role with Renegade Lens.

As our new Senior Vice President and Producer for Original Content, Melanie will work with new submitted screenplays, and co-production partners to further expand our development and creation of new film and television productions for the global marketplace.

If you’re an interested investor, or represent a financial institution, and are attending AFM, feel free to reach out to us and schedule a meeting. There’s still time.

Renegade Lens Pictures continues its active participation in the world’s great film festivals. This week we are once again presenting at this year’s Toronto International Film Festival (TIFF).

Our current development, and pre-production slate represents a powerful diversity in genre, cast and storyline. Every film features our unique Conscious Filmmaker approach, which reflect themes present in the vast majority of the most successful films in cinematic history.

Our mission is to produce high ROI, quality motion picture entertainment that enriches both society and the returns of our investors.

We will be in Toronto meeting with like-minded professional creatives and entertainment executives beginning on 9/10. We still have some slots available to explore mutually beneficial alliances with private equity parties seeking to partner on the creation of exceptional films.

To schedule a meeting, contact our Senior Producer and head of the Renegade Lens Toronto division, Melanie Arden, here:

We look forward to meeting you at TIFF!

The G.O.D. OS motion picture project has shifted from late development into its final funding phase for full production.

The new Confidential Investor Document (CID), for accredited individual funders and institutions, provides a radical, yet well-reasoned, strategy that results in the aggressive monetization of a low-budget, $1,000,000, science-fiction, feature film. The well-reviewed and extraordinary screenplay is backed by a world-class production team, which includes a BAFTA award-winning Executive Producer.

The CID can be accessed by clicking here,

The film’s director is a veteran post-production and VFX expert, who has been internationally recognized by over 20 awards. Via the unique expertise of the film’s creative leadership, Renegade Lens will deliver a wide-appeal, sci-fi thriller with a production value that exceeds several times the required investment.

Based on financial models specifically engineered for modest returns – the CID fully details how a plausible success scenario ranging from 32% to 123% ROI is not only possible, but probable.

Ours is an innovative disruptive approach, uniquely combining market-established protocols that insure robust theatrical distribution, and the full exploitation of all release windows - while retaining the maximum amount of the investors’ share of revenues.

This unique Alternative Distribution Initiative makes credible, wide-regional, theatrical exhibition possible - for a minimal four-week theatrical run - while generating $1.9 to $3.3 million in domestic box office gross. And, that’s prior to the exploitation of all the remaining release windows, including the international markets.

A key element to this successful outcome rests in an expansive, holistic strategy that leverages both substantial relationship equity, as well as audience targeting - via genre and the specific talent attached. Applying that strategy - to the intelligent wielding of multiple, social media platforms - will serve as a significant catalyst for audience generation across all release windows.

The nearly 60-page document fully explains our methodology. It provides detailed projections and forecasts - reinforced with the how’s and whys that make the G.O.D. OS endeavor a powerful and rare, film investment opportunity.

What’s more, the venture is fully managed by international award-winning, motion picture, creative executives, who fully embrace both the aesthetic and business worlds.

In fact, Renegade Lens Filmmakers distinguish themselves as artists with a market-centric expertise. We built our careers in developing the art and craft of film; while mastering the mechanics necessary for generating film revenue via the global distribution process.  And, we have traveled the world to secure that knowledge.

As accredited filmmakers with the international Cannes Marché du Film, Renegade Lens artists have earned the right to participate in the international film market community. And, we've been privy in every stage necessary for the successful execution of film sales.

The engagement of the quality networks we've nurtured, within exclusive international film production, distribution and sales circles, only further enhances the credibility of the methods described in the CID.

To begin the process of accessing this exclusive document, click here.

We invite you to join with us in an endeavor that will redefine the future of successful independent film features.

This investment is structured via a Private Placement Memorandum, and up to forty subscription agreements will be issued at $25,000 USD increments.  For the investors’ protection, all funds will be placed in a third-party, escrow account prior to production. Consideration will be given on a case-by-case basis to investment amounts below $25,000 USD.

As an accredited Cannes filmmaking production company, Renegade Lens Pictures is presenting its development slate at this year’s Cannes Marché du Film in conjunction with the 71st Festival de Cannes. Our presentation features the gripping science fiction, thriller, G.O.D. OS (now in late development), and the supernatural horror feature, Dark Veil. If you’re there, look for these titles under our listing of films offered in the official Cannes Market Guide.

We regret we are unable to book any additional meetings during this year's Festival de Cannes. However, feel free to send an email to , and we will endeavor to accommodate a meeting at or near our Burbank, California location beginning the week of May 20th after everyone has returned.

As President of Snowfall Films, Inc. Ms. Lyons has produced/executive produced twelve movies. These include: The aforementioned Undertaking Betty (aka Plots With A View), with Miramax Distribution; British/Canadian thriller Jericho Mansions starring James Caan, Genevieve Bujold, Maribel Verdu and Jennifer Tilly (Jericho Mansions was an official selection at the Montreal Film Festival and the Hollywood Film Festival); British/Canadian family comedy Bailey’s Billions$ which stars Dean Cain, Laurie Holden, Tim Curry, and Jon Lovitz; The Heart is Deceitful Above All Things, based on the J.T. LeRoy novel and starring Asia Argento, Marilyn Manson, Winona Ryder and Peter Fonda (The film premiered during the Directors Fortnight at the Cannes Film Festival and screened to high acclaim at the Toronto Film Festival).

This week our Renegade Lens team is arriving in “The Great White North” to participate in one of the word’s greatest film events — The Toronto International Film Festival (TIFF). As accredited TIFF delegates we are so very proud to be introducing both Renegade Lens Pictures, and its motion picture slate to the world.

Our mission is to produce high ROI, quality motion picture entertainment with purpose — that enriches both society and the returns of our investors.

At this year’s TIFF Renegade Lens is introducing two films now in late development and entering pre-production.  All projects were launched with a well-designed, powerful transmedia and/or franchise adaptability.

The first is the new science fiction thriller G.O.D. OS - The Quantum Genesis.
As an unwitting beta-tester for a new Global Operations Dynamic (G.O.D.) AI that clones the consciousness of the deceased, a young widower risks all to stop G.O.D. from executing a secret genocidal military program.

We also are also presenting a supernatural horror feature Dark Veil - The Emergence.
A monstrous diabolical force abducts a young boy in a demon-possessed home. His father, an Iraq War Special Forces veteran, and mother, a former NSA hacker, race against time to save their son -- as they're joined by an Indian mystic and a powerful psychic, in a supernatural war against murderous dark entities.

We will be in Toronto meeting with distributors, sales agents and funders from 9/8 through 9/13. We still have some slots available if you're seeking to ally with an exceptional company creating exceptional films.  Contact us at and we’ll respond.

We look forward to seeing you in Toronto!

“Those who suffer from mental illness remain the last social justice frontier we have yet to confront,” explains Perfection writer/director David Christopher Loya.

“Not unlike racism, the denigration of the mentally ill is something unconsciously and collectively woven deep into the fabric of society. We all have come to easily engage in jokes and deprecation about mental illness, often without considering its devastating effects on those who are already among the most vulnerable in our midst. But if we pause to think about it, why should mental illness be perceived more negatively, than other common illnesses, like diabetes or cancer?”

Perfection introduces us to 17-year-old Michael Rodriguez (played by Matthew Parry-Jones), an intelligent young man diagnosed with high functioning autism (commonly referred to as Asperger’s Syndrome). Although Autism, a neurological condition, is not technically a mental illness, children living with Autism are often targets for bullying. Michael, like many children and teens on the spectrum, struggles with a related mental illness, which spirals into a suicidal depression.

Perfection was produced in conjunction with 2SenseWorth International, a nonprofit dedicated to providing children with the resources needed to achieve their highest possible human potential. It is the filmakers’ hope that by casting a light on both the challenges faced by and the often amazing capabilities of children on the Autism spectrum, Perfection will start a conversation that can help reduce the social stigma faced by those diagnosed with Autism, and quite possibly save lives.

For details about the cast and crew, visit the Perfection listing on IMDb.